Ride your heart out on the streets of L.A. on April 21st at the hugely successful CicLAvia! For those who are unfamiliar with CicLavia, it’s a fun filled day of bike riding as a community that started in Bogotá, Colombia, over thirty years ago as a response to the congestion and pollution of city streets. CicLAvia makes the streets safe for people to walk, skate, play and ride a bike. There are plenty of activities, shops, and restaurants along the route so expect to experience the streets like never before! Starting from Downtown LA and ending at the Venice Beach Boardwalk Angelenos are able to enjoy the streets, our largest public space, traffic free! Now how often can we say that?! 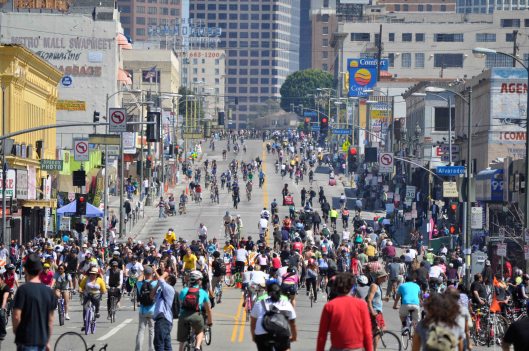 Last weekend we did some day drinking at Eat.Drink.Play’s LA Beerfest, held at Paramount Studios!  The event had two sessions, one from noon to 3PM and another from 4PM to 7PM.  We opted to go for the first session (in hopes of cleaner porta-potties) and got dropped off by our cab about twenty minutes before the drinking commenced.  Although the line to get to security extended down the block, it moved very quickly and we were in the event with our mini beer mugs by noon.

The event featured over 80 breweries, each with their signature brews on draft.  There was a front area of the event with food trucks and one group of breweries, and another area in the backlot with more breweries, a stage with live music, and a photo booth truck.  The backlot was a fun place to hang out because it felt like you were part of a drunken neighborhood block party.

The lines for some of the breweries were pretty long, but with two people serving at most tents, the wait for a refill was only about 5 minutes at most.  The three-hour time limit was a perfect amount of time and our group was able to try out some great beers, ciders, sake, and soju.  One of our favorite beers was Abita Purple Haze, a light, crisp, raspberry wheat ale.

Honestly, toward the end of the session we couldn’t keep track of all of the beers we had tried!  We grabbed some food at the Seoul Sausage truck, which specializes in Asian-inspired sausages and deep fried foods.  We had the galbi sausage and fried curry rice ball, and both were delicious!

All in all Beerfest was a fun event with a friendly crowd and a cool location.  There are more beers than one could possibly drink in one session (although we did see people crossing breweries off their list one by one).  We will definitely be back next year and bring pretzel necklaces to snack on throughout the session, just like the pros!

We are in the process of a name change and would like to welcome you to Wigo Los Angeles!  The concept is the same, letting you know of awesome events around town.  So thanks for the continued support and keep checking back to see “What Is Going On” in LA!

-The Wigo Team (Ari and David)

The Grilled Cheese Invitational is back on April 20th!  There are options for everyone whether you plan on joining the competition to compete for grilled cheese glory, judge the competitors, or watch the fun all day long!  There will be plenty of grilled cheese offered by vendors and free grilled cheese samples by Cabot Cheese so everyone can get their cheese fix.  Check the website for ticket options.  We attended the event last year and had a great time!  Here’s the link for the update.

It’s that time of year again!  The streets of Long Beach will be transformed into a full road race circuit on April 19-21 with the American Le Mans Series on Saturday and IndyCar on Sunday.  The entire weekend will be packed with racing events, so be sure to check the website for a full schedule.  In addition to the racing, there will be plenty of food, drinks, and a lifestyle expo.  We went to this event last year and had a blast, so grab your tickets and enjoy the race! 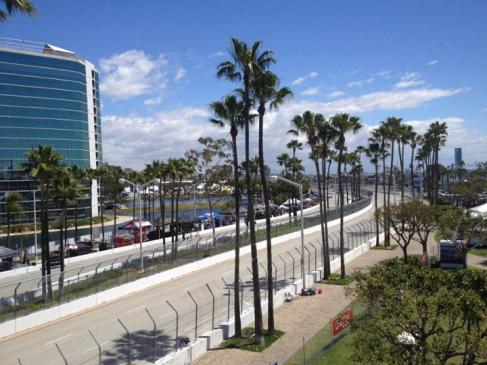 Clik on the icon to signup!